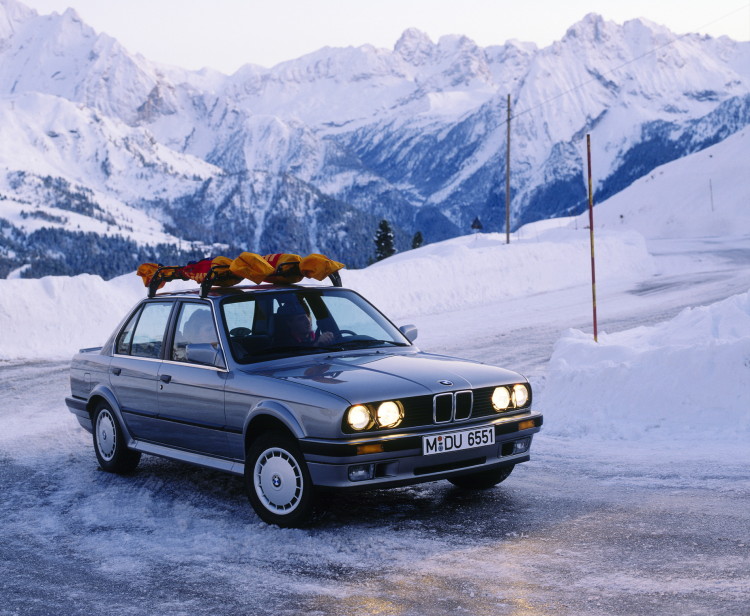 After the arrival of the Audi Quattro in 1980, the interest in all-wheel drive (AWD) performance cars rose in Europe.

While the fad lasted for a short period of time, AWD saloons and estates became popular among the skiing enthusiasts in Germany, Austria and Switzerland. These cars had all-weather capabilities, so customers preferred them over the clunky SUVs riddled with poor mileage, lackluster styling and substandard handling unless they wanted to drive on very rough terrains.

It was then that BMW introduced the 325i ‘Allrad’ sedan (later called the 325iX) at the 1985 Frankfurt Motor Show, ushering in a new era for the German automaker. Since then, the company has sold over 5 million AWD cars and we look at the progress it has made over the past three decades.

Launched alongside the M3 and strikingly similar to the regular 325i, the 325iX got the latter’s 171 hp 2.5-liter naturally aspirated inline-six engine.

The permanent AWD system split the power between the front and rear axles in the ratio of 37:63. The engine was paired to the sophisticated Ferguson transmission and viscous coupling was used to automatically transfer power to the axle with the better traction. The front used a toothed chain-driven auxiliary driveshaft and a shaft to the front differential and the rear axle had the conventional limited slip differential. The car also got standard-fitted ABS system that remained functional under all conditions.

Experts were left impressed with the 325iX with German magazine Auto Zeitung calling it a “champion” in terms of handling. Production started in 1986 and all the vehicles were manufactured in left-hand drive. A touring variant was introduced in 1988 for the European market and combined total of 30,000 units of the 525iX were sold till 1993. 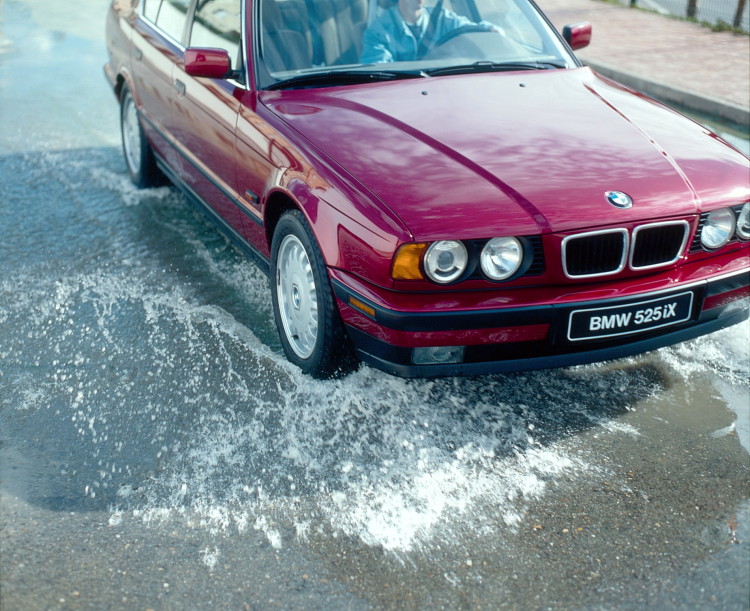 Its AWD set-up was a bit different to the one seen in the 325iX. Under normal conditions, the torque split was 36:64 but an adjustable multi-plate clutch in the transfer case enabled to change this ratio after taking input from the ABS system. Meanwhile, a hydraulically controlled multi-plate clutch at the rear differential controlled the power flow to prevent wheel spin.

That said, the AWD hardware meant the 525iX was heavier, slower and thirstier than the regular 525i, so by the time it went out of production in 1995, less than 10,000 units of the model found homes. 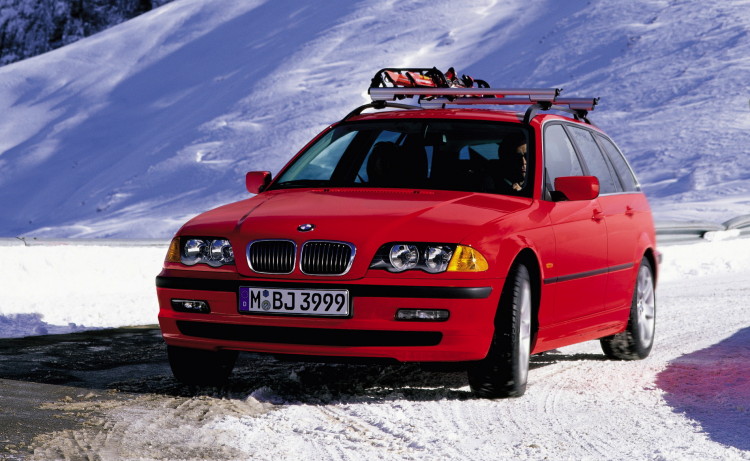 The E39 5 Series didn’t get any AWD model but the E46 3er did. Furthermore, in 1999, BMW came up with the world’s first ‘Sports Activity Vehicle’ (SAV), the X5. It got an AWD system similar to the one in the 525iX, but with additional assistance from DSC (Dynamic Stability Control), ADB-X (Automatic Differential Brake) and HDC (Hill Descent Control). 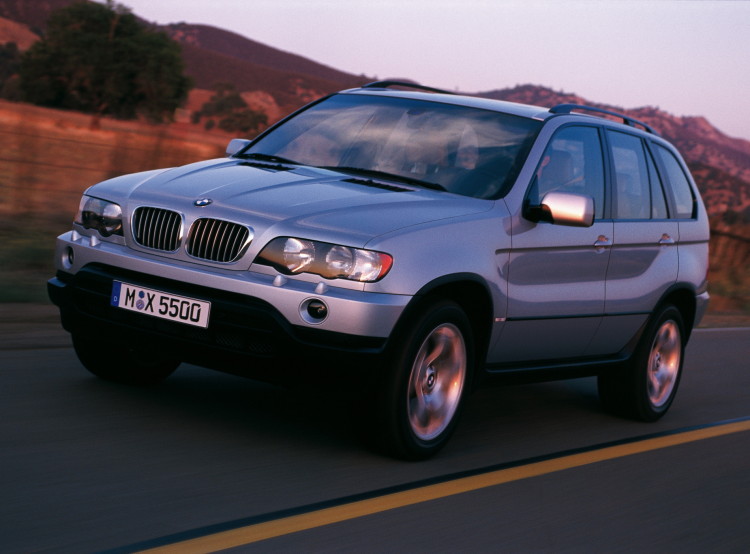 The X5 got mixed reviews initially but picked up sales later on, while the AWD E46 3 Series sold 120,000 units by 2005- both showing sales figures in stark contrast to the 325iX and 525iX who the customers never felt were worth the premium.

Prior to the Frankfurt Motor Show in 2003, BMW unveiled the X3 compact crossover, which competed with the Land Rover Freelander. 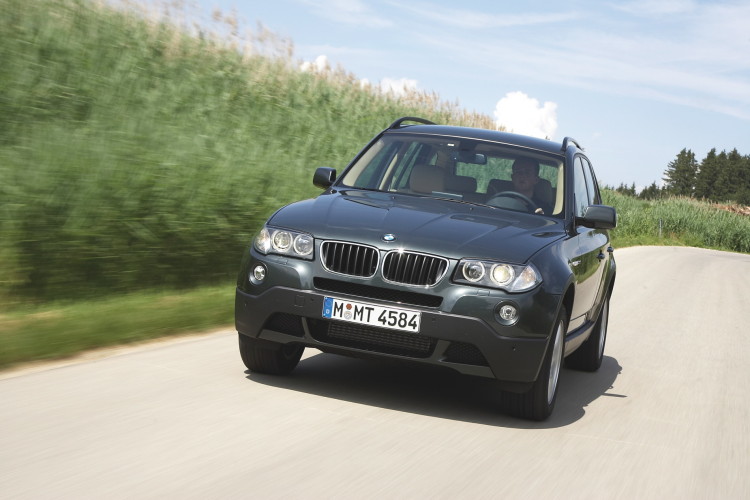 Upon its launch, the X3 was criticized for its harsh ride and design with Jeremy Clarkson claiming he “could see no point” in anyone buying the vehicle (although the first-gen X3 went on to sell more than 600,000 units). However, with the X3, BMW presented its intelligent xDrive system to the world.

While BMW has tweaked the xDrive over the years, the basic principles remain the same. Under normal condition the torque split is in the ratio of 40:60 but up to 100 percent of the power can be transferred to either of the axles in one-tenth of a second via the electronically-controlled multi-disc clutch. The system changes torque distribution after taking data from the wheel sensors and the DSC stability program (for detailed explanation about the xDrive, click here). The capabilities of the xDrive in rocky terrains are still questionable but it works like a charm in snow and wet conditions. 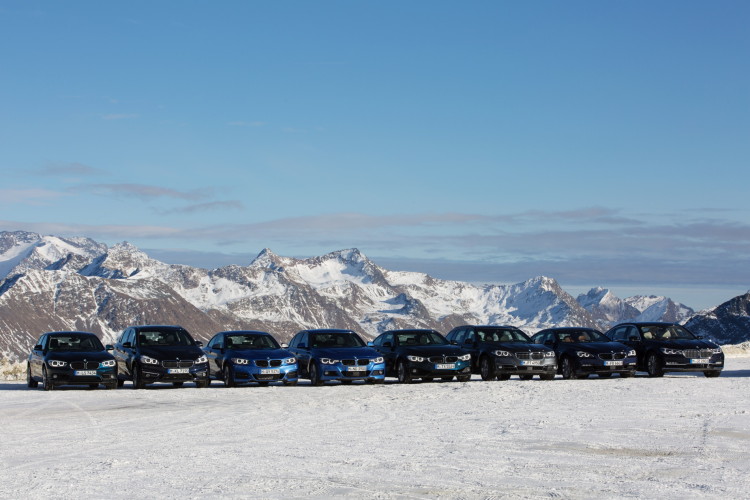 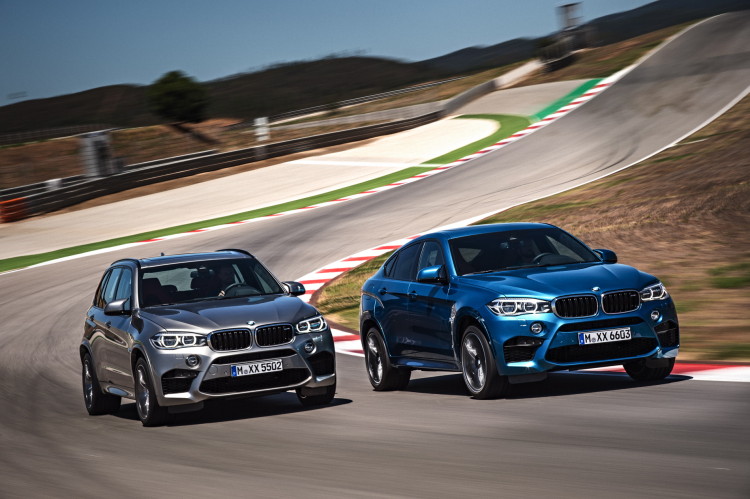 The first application of xDrive on V8-powered BMW cars (as opposed to crossover sport activity vehicles) was on the 2010 BMW 750i (F01), 2010 550i Gran Turismo (F07), and the 2011 BMW 550i (F10). Meanwhile, the X5 M and X6 M were the first M cars to get xDrive. Along with the X6, the X5 M and X6 M get Dynamic Performance Control which uses variable distribution of drive between the inside and outside rear wheel to enable exceptional agility and stability around corners, even under sudden load changes or in overrun. Finally, the i8 and the first production plug-in hybrid model from the BMW, the X5 xDrive40e are AWD.

As of today, BMW has 110 AWD models in its line-up and last year, it hinted that the next-gen M5, M6 and M3 could get the xDrive badge as well. In fact, by 2022, all BMW cars from the 3-series upwards, including the Rolls-Royce range, could become all-wheel-drive range-extender electric cars- signaling a monumental shift in the ideology of the company that banked upon making the best RWD vehicles in the market.